Is Your Diet Making You Fat?

Despite mounting evidence that metabolic adaptation is rendering many diets useless, athletes continue to engage in extreme dieting paired with elevated levels of cardio to cut fat quickly and in time for beach body season. Then when the fat returns after only a week or two away from the strict diet, they complain.

DON’T BE THAT GUY.

Yo-Yoing is entirely too common among bodybuilders and powerlifters alike, they bulk for a season, then cut. And every cutting session seems to get harder and harder as the fat fights to stay put.

As Eric Trexler put it in an analysis of his recent study on Metabolic Adaptation:

The more you push your body, the more fat it tries to hold on to. Overtraining it and forcing extremes will do you no good.

Along with the evidence that caloric cuts and intensity increases renders your body physically exhausted and incapable of maintaining that level of intensity comes the evidence of maintenance eating while continuing to boost performance levels at the gym for improved fat to lean mass ratio.  I.E. this is why CrossFit actually works.

So before you begin your next cycle of bulking and cutting, take into consideration the idea of a steady lifestyle change that has been proven to better improve physique and peak performance, while not requiring you cut all carbs from your diet.

It could save you from extreme diet changes and loss in power at the gym. Because let’s be honest, the hot bod is great, but the strength is even better.

What is Metabolic Adaptation?

In their 2014 study, Metabolic Adaptation to Weight Loss: Implications for the Athlete, Trexler, Smith-Ryan, and Norton wrote on the “yo-yoing” effect that professional and amateur body builders encounter between stages of bulking and cutting. It also discusses the implications of metabolic adaptation when raised against a perpetual dieter.

Your body was built to adapt to whatever stresses are thrown it’s way. When metabolic adaptation was formed it was likely as a response to the nomadic period where it is documented that they underwent extended periods of starvation and maintained the need to continue moving.

MacLean, Bergouingnan, Cornier, and Jackmen wrote in their 2011 study Biology’s response to dieting: the impetus for weight regain:

“Body weight is affected by biological, environmental, and behavioral pressures, all of which are inherently influenced by genetics (Fig. 1). These pressures interact with one another, and their integrated effect establishes a “steady state” weight in adults. . . . The biological component (homeostatic pressures) is responsible for reestablishing a balance when the environmental or behavioral pressures change, preventing the organism from wasting away or from gaining weight indefinitely.”(2)

Your body has a set weight, depending on biological and environmental factors, that it likes to maintain. You do have the ability to change what this is, but it requires a change in lifestyle that is built to keep body fat low, rather than short term diets to quickly burn fat.

How Does This Affect The Way Your Diet Will Function? 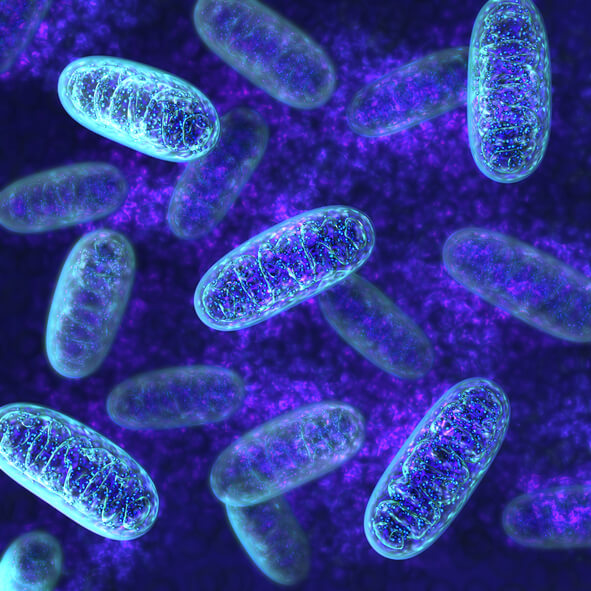 Your body intends on keeping as much energy stored as possible because it doesn’t know if and when the next period of starvation will happen. What this does is render many diets ineffective especially if they are short term diets which you are prone to returning to. This has been known to push athletes to extremes in order to lose weight.

There are three main factors in metabolic adaptation that affect the way your body responds to dieting and your ability to function in a heavy cut.

Your body will increase mitochondrial efficiency

When you build muscle you are increasing the amount of mitochondria and nuclei in a cell (Click here to read more about this), this helps your muscles decide how much energy to expend and is the reason why you are able to lift more and more as you work. When you start lifting and cutting at the same time, instead of increasing the amount of mitochondria in your cells you are pushing the ones you have to be more efficient. This is because you’re not giving them the nutrients needed to create more mitochondria, so they have to become more efficient to save you energy.(3,4)

This can stall muscle gain, and it can also stall weight loss and lead to weight gain. The mitochondria will take the lowest possible amount of available energy needed and the rest will be stored as fat. This is why when you come off a diet you often see your body gain weight much more quickly than you had lost it previously.(5,6)

Your body will begin to decrease the amount of energy it is willing to expend, this is often why diets will stall or fail to start off the same way it had done if used previously. Your body is working to maintain its base body weight as perceived by environmental factors and basic biology.

“Weight loss results in a loss of metabolically active tissue, and therefore decreases BMR. Interestingly, the decline in TDEE often exceeds the magnitude predicted by the loss of body mass. Previous literature refers to this excessive drop in TDEE as adaptive thermogenesis, and suggests that it functions to promote the restoration of baseline body weight. Adaptive thermogenesis may help to partially explain the increasing difficulty experienced when weight loss plateaus despite low caloric intake, and the common propensity to regain weight after weight loss.” (1)

This not only impacts weight loss overall, but strength and endurance capacity. What it means for many athletes is that as they cut calories more and more their body becomes less willing to part with the fat it has built up, so the workout will suffer. You may not be able to lift as heavy or as for long, you may not be able to run as fast or as far, without the proper energy provided you begin to lose capacity for movement as your body tries to maintain homeostasis.

As with energy, food is needed to maintain a certain homeostasis with hormones. Too little food can increase the amount of cortisol and estrogen being produced, both of which are prone to destroying muscle, holding onto fat, and increasing hunger.

This is a difficult issue for many, especially body builders, as their competition season requires extreme lows in body fat compared to extremely high lean mass. And this is typically achieved with extreme and unsustainable cutting.

The problem they run into arises and grows typically around the 2nd or 3rd season of cutting when it becomes exceptionally harder to do and requires more and more extreme measures. This can, in effect, lead to a myriad of other issues. 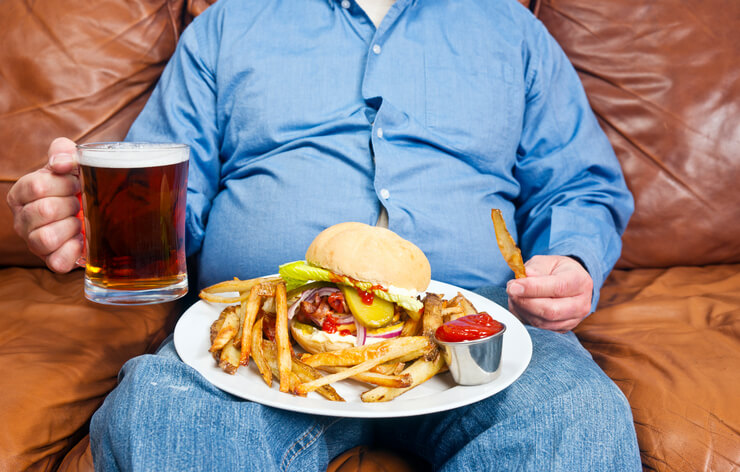 Now I’m not here to preach about how bodybuilding is bad for you and how you should never engage in anything like it. What I am going to say is that if you’re going to do it you need to do it you ought to invest in a coach and a nutritionist to keep you from hurting yourself as you push new extremes.

Or just do crossfit.

How to Minimize the Effects of Metabolic Adaptation

It’s impossible to completely avoid metabolic adaptation, and it’s better if you don’t if I’m being honest. But it will help you hit your goals if you can avoid the brunt of the negative side effects.

There are three things to keep in mind when going on a diet so that you can maximize your full potential.

In a 2014 study, Eric Helms, Alan Aragon, and Peter Fitschen researched the best competition preparation to help prevent a heavy bounceback and the health risks that come from that low of body fat in general.

The first thing of note is that at most you should only be looking to cut .5 to 1% of total weight per week. A fast cut is going to hurt you more than anything else, especially if there isn’t a ton to cut. This obviously doesn’t apply strictly to obese or overweight athletes who are looking to cut. They can still expect 1-2 lbs a week after the initial weight loss is over, as long as their diet is consistent and not extreme. 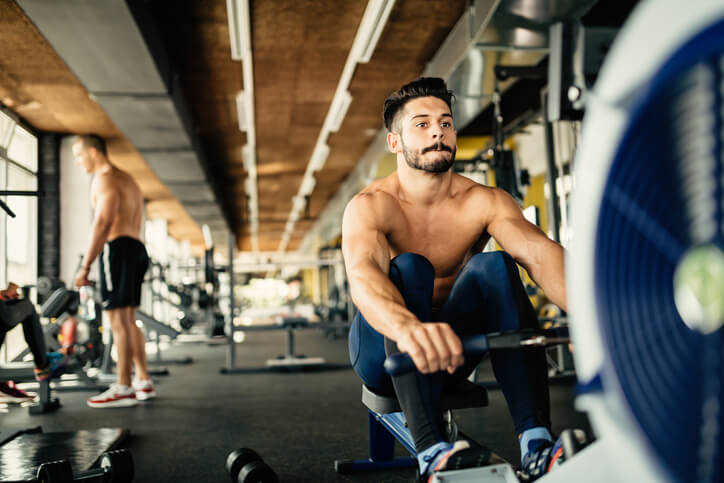 When you are cutting it is best to decrease carbs but increase your protein, changing the ratio will help you cut fat cleaner and won’t require extreme sessions of starvation or water deprivation.

Creatine and caffeine will also boost weight loss without affecting lean mass. They are also perfect lifestyle supplements that will help you keep healthy but low percentages year round.

Creatine indirectly helps burn fat, it assists the muscle building process which makes it possible to push harder in workouts without the extra fuel typically needed. XPI’s Decacor is a high performance creatine blend with no fillers or additives so it adds no calories but will help you get that pump that is building muscle.

Caffeine is basically an all natural dieting substance. It’s a diuretic and boosts metabolism, your body will be able to use up more of the energy from fat much faster than it would without a steady bout of caffeine. You can get it in a few different supplements from XPI, personally I recommend it from AndroShred.

It’s a safer fat burning supplement than most others and contains all natural ingredients to promote healthy weight loss rather than quick.

The last thing you need to do to ensure that your workouts reflect the type of fuel you are putting into your body.

If you eat only 1200 calories a day (which is really freaking stupid if you are a guy) then you should probably not go through 2 a days or run 10 miles. The more you eat the more you can workout, and the more you workout the more fat you can burn.

Eating at a slight deficit (to where you will only be losing 1% of total body mass a week ~.5-1.5lbs depending on initial weight), and working out only a slightly bit higher level will promote muscle gains and fat burn.

The best thing you can do is to take it slow, give yourself plenty of time to cut and the right gains will come and the side effects will be minimalized.